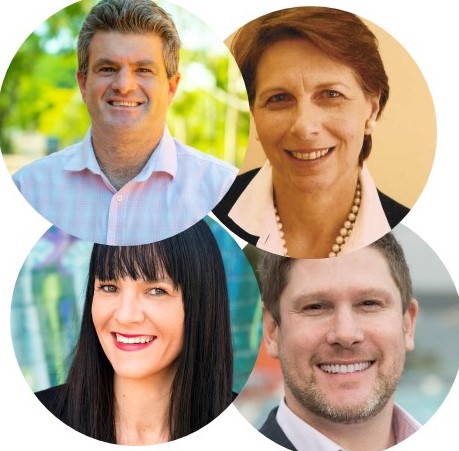 “They’ve been through terrorist attacks, shell shock, rape and abuse. For many years they suffered from anxieties and nightmares. This experimental therapy using the ecstasy drug, helped them heal their wounds and trauma. My purpose as a director is to take the audience deep into a treatment which is defined as a dangerous drug all over the world. I had the privilege to be the messenger who brings this message to people’s attention, to be a part of this process and to make a perception change. Movies can make a difference, changing the way we perceive reality. We had the privilege to bring people all over the world one step closer to recovery.”       director, Gil Karni

Thousands of PTSD victims live in Israel, which in recent years has been promoting an innovative treatment. MDMA, the active agent in the party drug Ecstasy, has been defined by leading American psychiatrists as the “penicillin of the soul” and is used to treat soldiers afflicted by PTSD who fought in Iraq and Afghanistan.

Trip of Compassion is the first feature documentary to show footage from within psychedelic-assisted therapy sessions. This acclaimed Israeli documentary follows patients participating in clinical trials of MDMA-assisted psychotherapy for the treatment of Post-Traumatic Stress Disorder (PTSD) at Beer Yaacov psychiatric hospital over several years.

In 1938, Albert Hoffman, a Swiss chemist, synthesized lysergic acid diethylamide (LSD-25) and became the first person to ingest it. Through the 1950’s – 1960’s there was an explosion of psychedelics research. The most well-known researchers in the field were perhaps Stanislav Grof who began his research at the Psychiatric Research Institute in Prague before moving to the US and Timothy Leary and Richard Alpert, who conducted research between 1960 – 1962 at Harvard University. Research slowed to an almost grinding halt during the 1970’s – 1980’s as clinical trials and research into the therapeutic use of psychedelic’s became politicized and caught up in the ‘war on drugs’.

The medicinal and mystical use of plants with psychedelic properties predates experiments in western laboratories.  Indigenous cultures around the world have used plants such as peyote, ayahuasca, opium poppy, psilocybin mushrooms and cannabis for millennia. Ayahuasca, in particular, has captured the curiosity of westerners seeking spiritual awakening and release from the emotional pain of past trauma. As with most mind altering substances, there are stories of transformation through to serious psychological distress.

A second wave of psychedelic research is underway, including in Australia. Clinical trials are being undertaken in MDMA-assisted therapy for the treatment of PTSD, alcoholism, and social anxiety. Psilocybin clinical studies are being conducted for depression, addiction and relieving emotional and existential distress at the end of life for terminally ill people.

This special event includes a screening of the documentary, followed by a 45 minute Q&A panel to discuss the film, current research, and where Australia sits in relation to therapeutic use of psychedelic medicines. Our expert panel comprises mental health professionals and researchers specialising in trauma and the field of psychedelics.

This event will not be recorded.

About Trip of Compassion Panel

Dr Stephen Bright has worked as a clinically-trained psychologist within the Mental Health & AOD field for the past 20 years. He is currently Senior Lecturer of Drug Studies at Edith Cowan University. In addition to psychedelic science, Stephen conducts research into media reporting of AOD-related issues (as seen in the Daily Telegraph), emerging drug trends and harm reduction. He is an advocate for an evidence-based approach to AOD legislation and has provided oral evidence to parliamentary and coronial inquests. Stephen is a co-founder of Psychedelic Research in Science & Medicine (PRISM), an Australian non-profit research association that develops, initiates, coordinates and supports formal research into mainstream medical applications of psychoactive compounds, known as psychedelics.

Dr Sandra Hacker is a psychiatrist in private practice and was liaison psychiatrist to the Alfred Hospital Heart-Lung Transplant Unit. Her clinical interest is major psychological trauma, treating adult victims of severe childhood sexual assault. She has chaired the Australian Health Ethics Committee of the NHMRC and the HREC of the Victorian Department of Health and is a Deputy convener of Medical Panels. She was appointed an Officer of the Order of Australia (AO) in 2005 for services to the medical profession and awarded an honorary Doctorate of Medical Science by the University of Melbourne in 2012.

Dr Alana Roy is a Psychologist and Social Worker. She is the clinical coordinator, lead trainer,  academic on the Certificate of Psychedelic Therapies and student placement supervisor at Mind Medicine Institute. Alana is involved in a range of emerging clinical trials and research projects in the area of MDMA, psilocybin and Ayahuasca. She is the coordinator of the psychedelic and plant medicine mental health professional network supported by the Department of Health. Alana runs a private practice; The Signs of Life Psychology in Melbourne specialising in complex trauma, disabilities and dual diagnosis and working with the Deaf community by providing therapy in Auslan sign language. She is a Board Approved Psychology and Social Work supervisor and works with a range of Australian universities as a sessional academic, providing field education and supervision services across a range of mental health services, including PRISM- Psychedelic Research in Science and Medicine in partnership with Melissa Warner. Alana has over 15 years of experience working with at various Rape Crisis Centres and Sexual Assault Crisis Lines and has provided social work services on various human trafficking projects in Kamapthipura Mumbai and the Philippines. Alana specialises in preparation and integration in the field of psychedelic and sexual abuse survivors, particularly with Ayahuasca and the vegetelista dieta process. She is passionate about co-creating a psychedelic ecology which values connection, safety and integrity; being a bridge for the science and the sacred.

For more information about her personal journey towards healing and psychedelics please see blog below.

Dr Alana Roy: How my journey into the jungle changed my life

Professor of Integrative Mental Health at NICM Health Research Institute at Westmead, Western Sydney University. He is the Co-Director of the not-for-profit Psychae Institute (focusing on botanical psychedelic medicine research), also holding a Visiting Scientist appointment at the Florey Institute of Neuroscience and Mental Health, Melbourne University. Jerome has a particular interest in mood and anxiety disorder research pertaining to psychotropic plant medicines (in particular on Kava, medicinal cannabis, and psychedelics), and Lifestyle Medicine. Prof Sarris has around 220 academic publications (cited over 10,000 times), including journal articles featured in The American Journal of Psychiatry, Lancet Psychiatry, JAMA Psychiatry, and World Psychiatry. He has conducted many RCTs in the field, including several NHMRC and MRFF funded projects. Jerome Chairs the Taskforce on Integrative and Complementary Medicine for the World Federation of Societies for Biological Psychiatry & the Canadian Network for Mood and Anxiety Treatments. 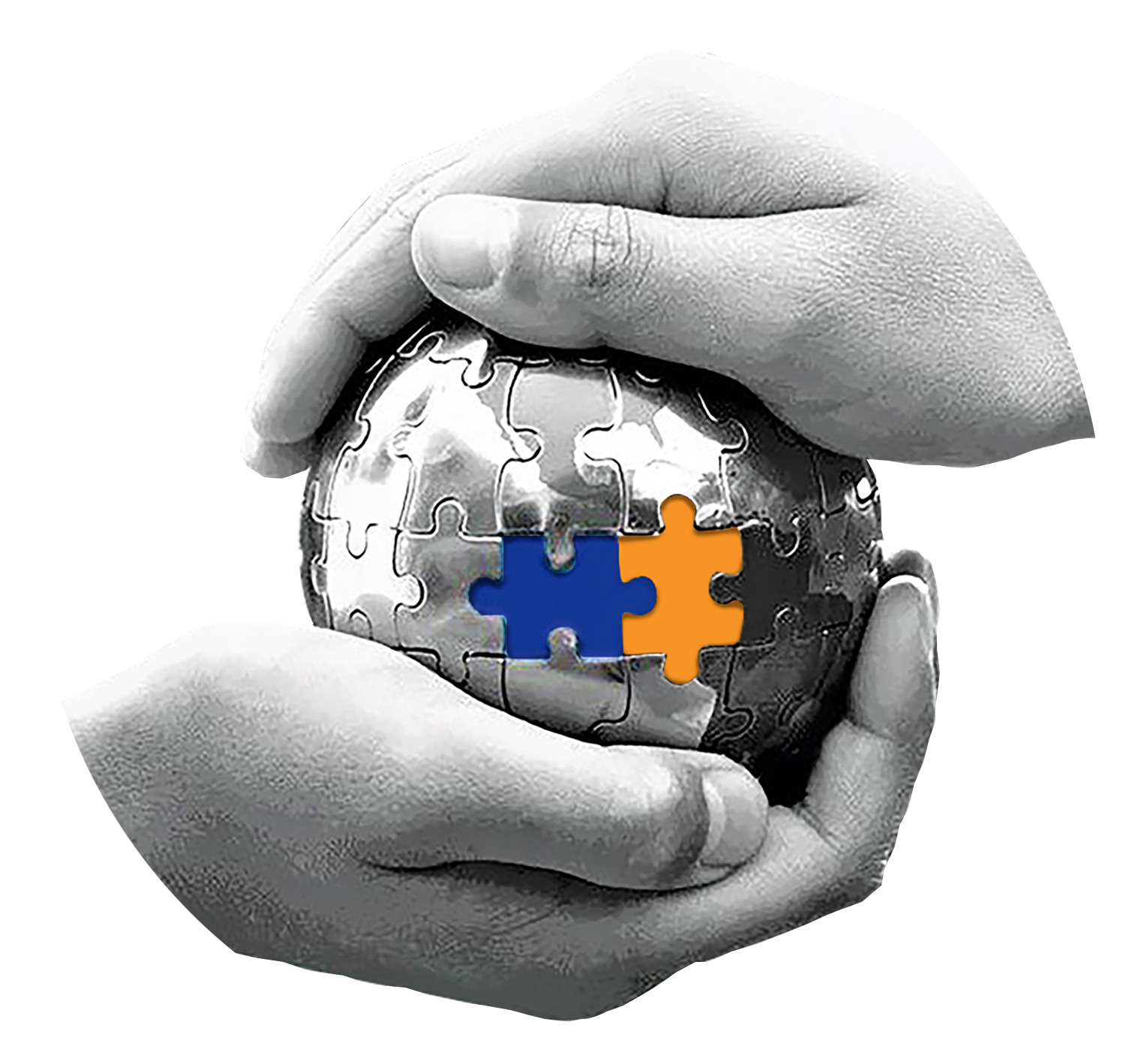 “The most authentic thing about us is our capacity to create, to overcome, to endure, to transform, to love and to be greater than our suffering.”